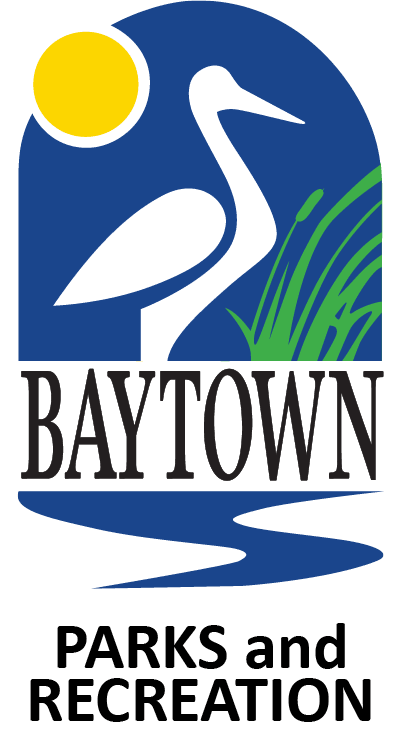 The Perfect Trail System project serves as a pilot program meant to bring safety, ease of use, and consistency to all City of Baytown parks. If this pilot program is successful, the city would like to expand it to other parks around town. The city wants to receive feedback from park users on what is working with this program and what is not.

WHAT makes up the "Perfect Trail System: That's what we're trying to find out! We need your feedback on the new trail enhancements at Jenkins/Holloway Park. Pay extra close attention to the trailheads, maps, wayfinding signs, and lights for the survey!

WHY is the project needed: The purpose of this project is to address and alleviate safety concerns within the park during the nighttime operating hours. This project is needed to aid residents, police, and the Parks and Recreation Department in enhancing the communities experience at the park.

It's vital we hear from the community members who are utilizing the trail system, so we can make the Perfect Trail program fits the needs of our community. Please make sure to complete the survey! 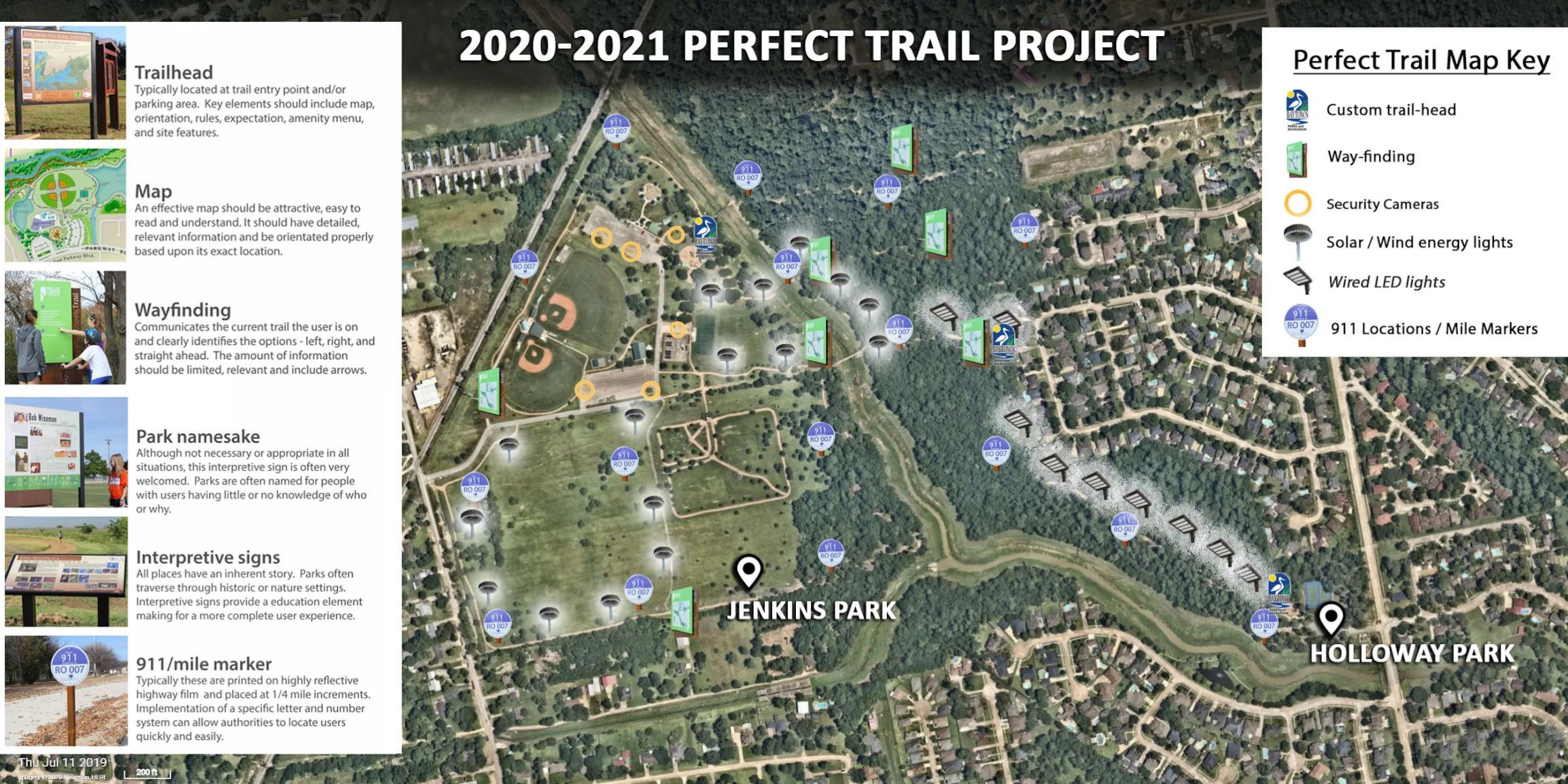 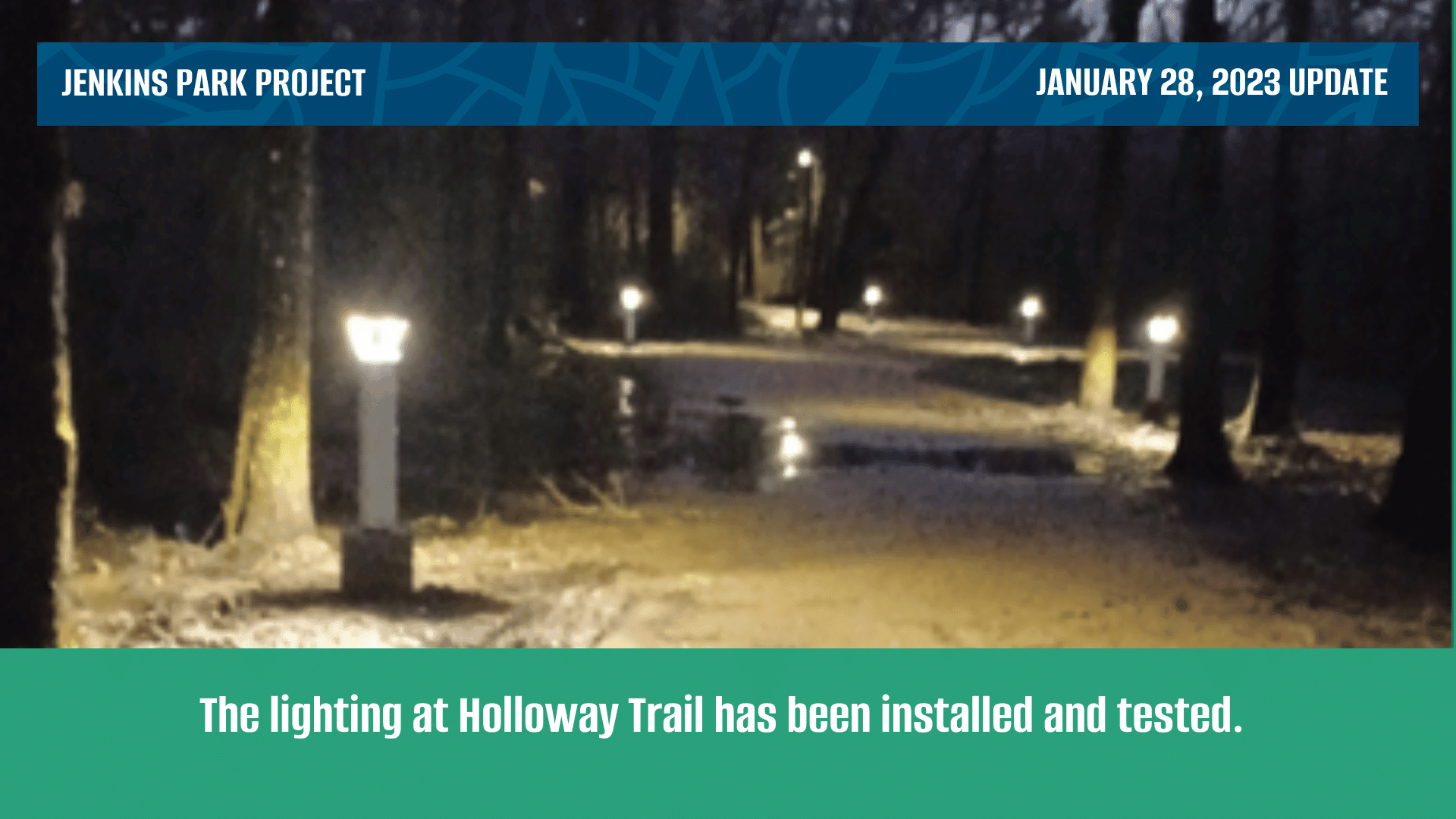 The lighting at Holloway Trail has been installed and tested. 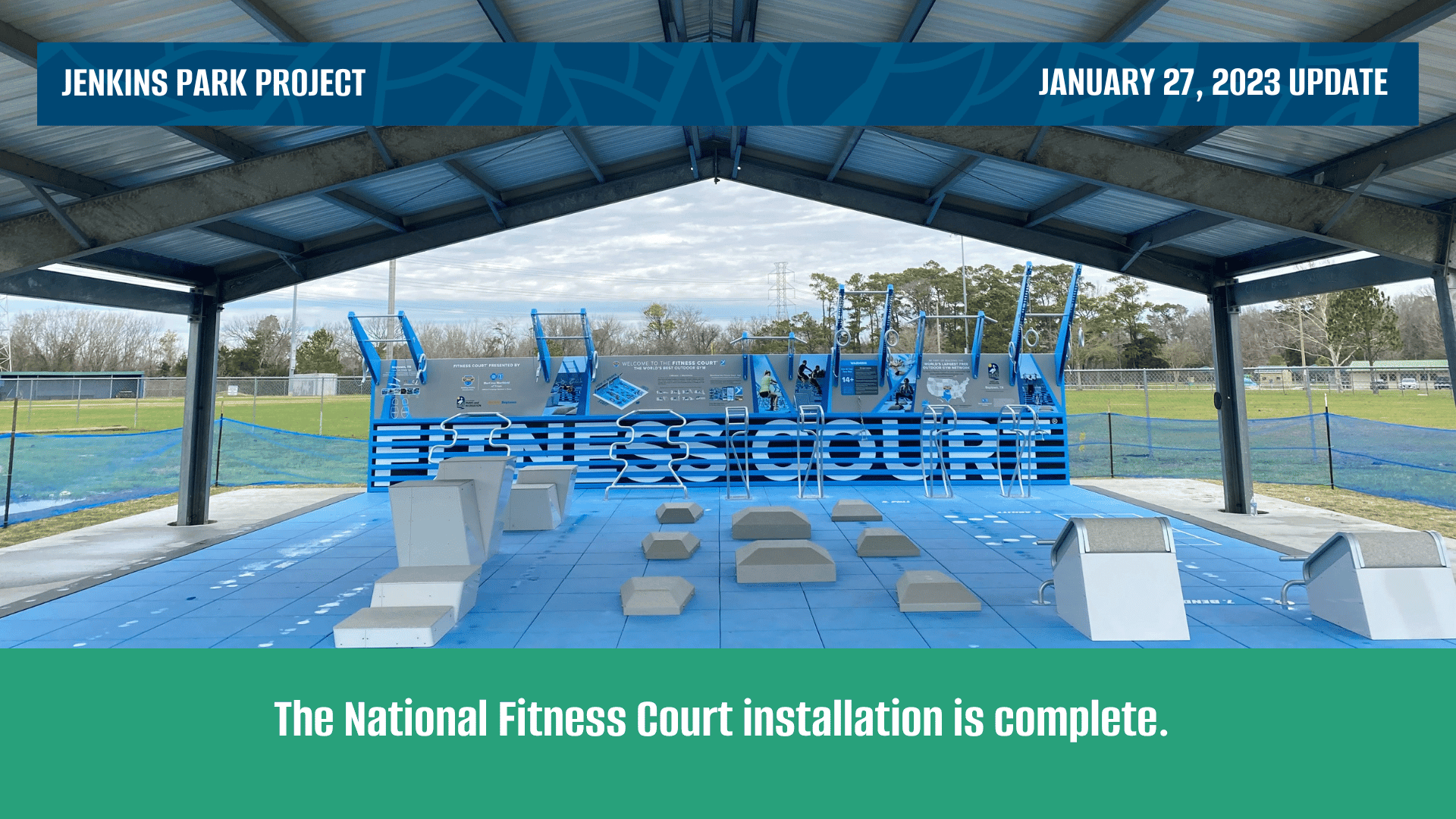 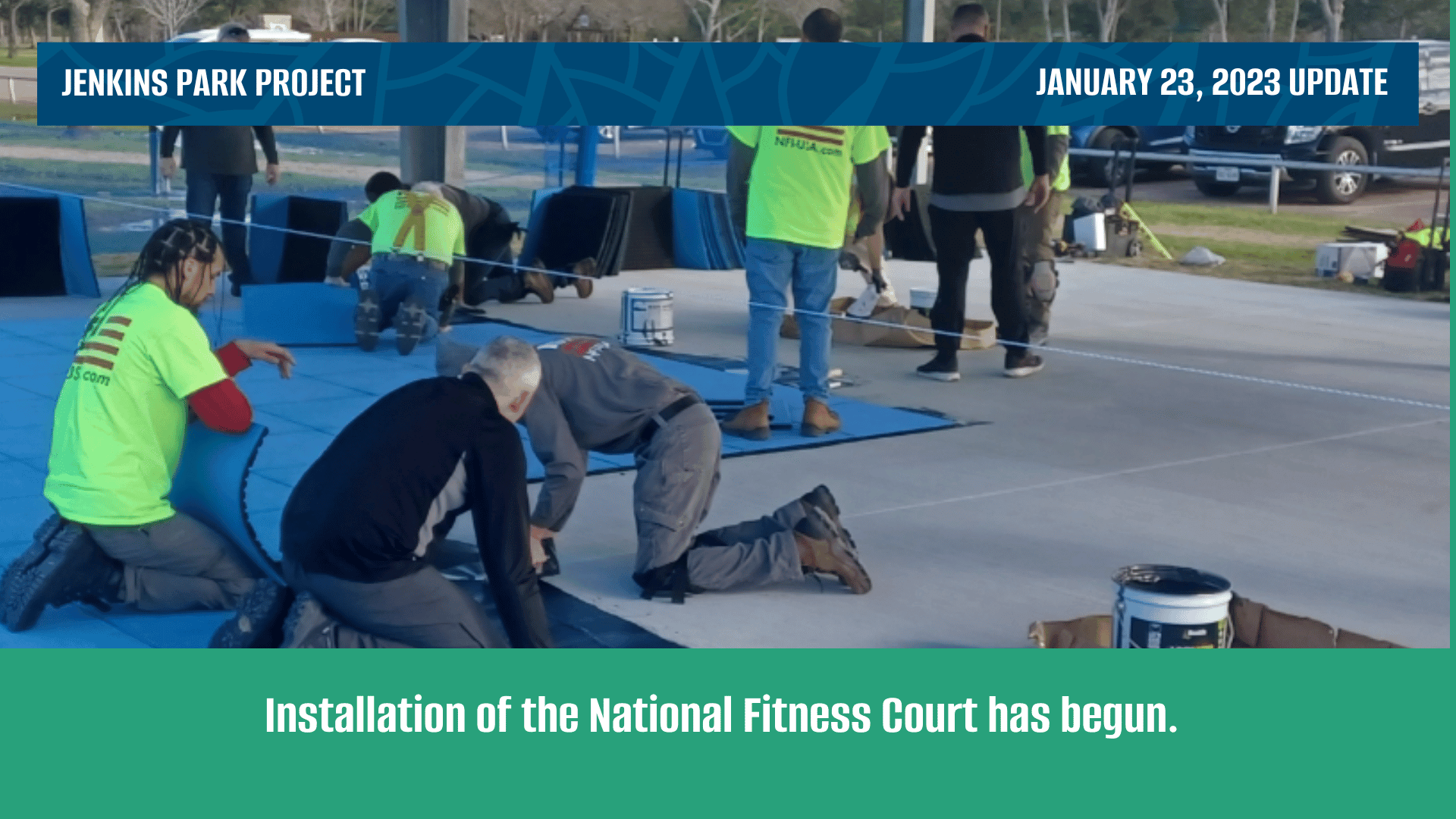 Installation of the National Fitness Court has begun. 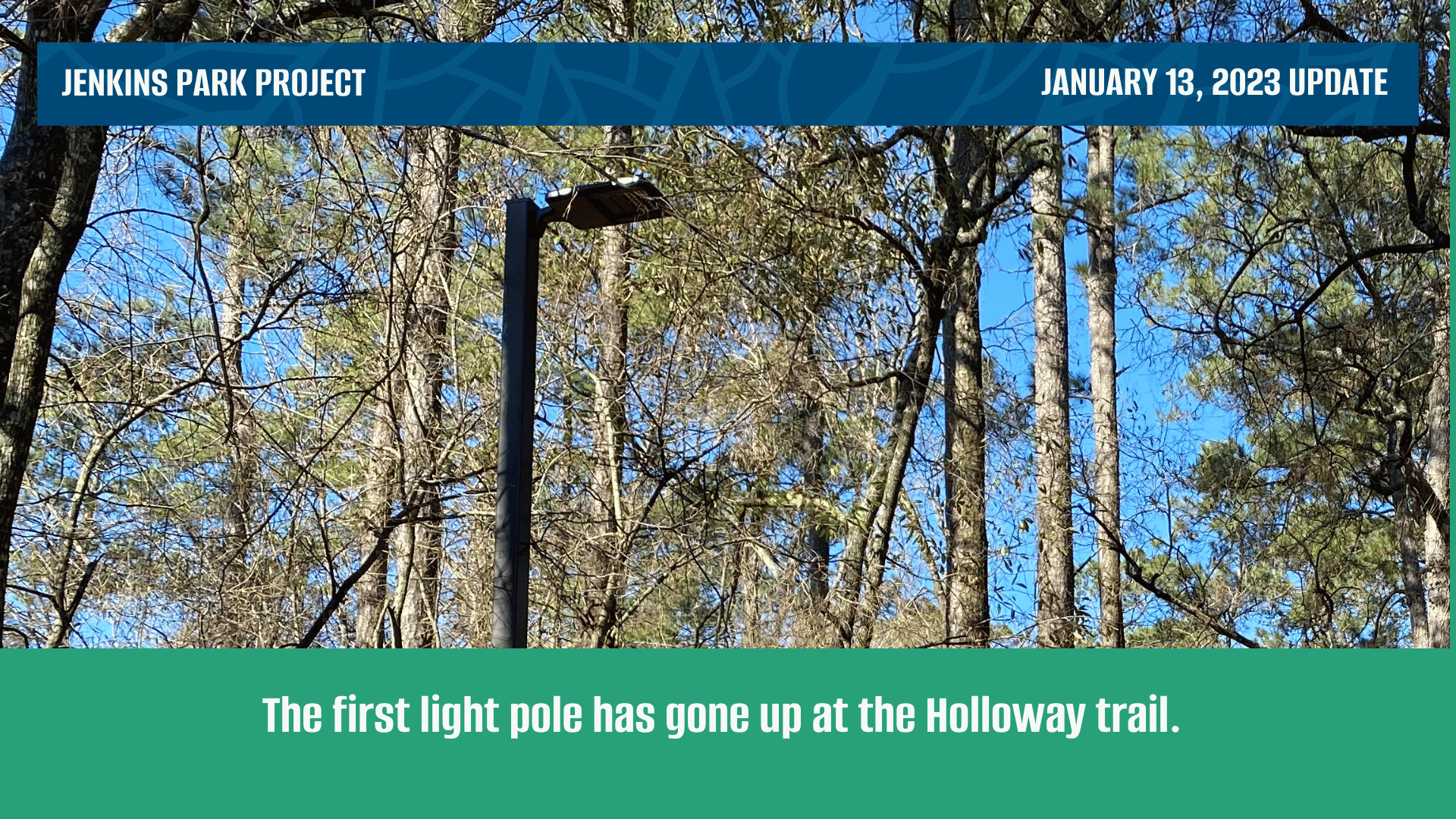 The first light pole has gone up at the Holloway trail 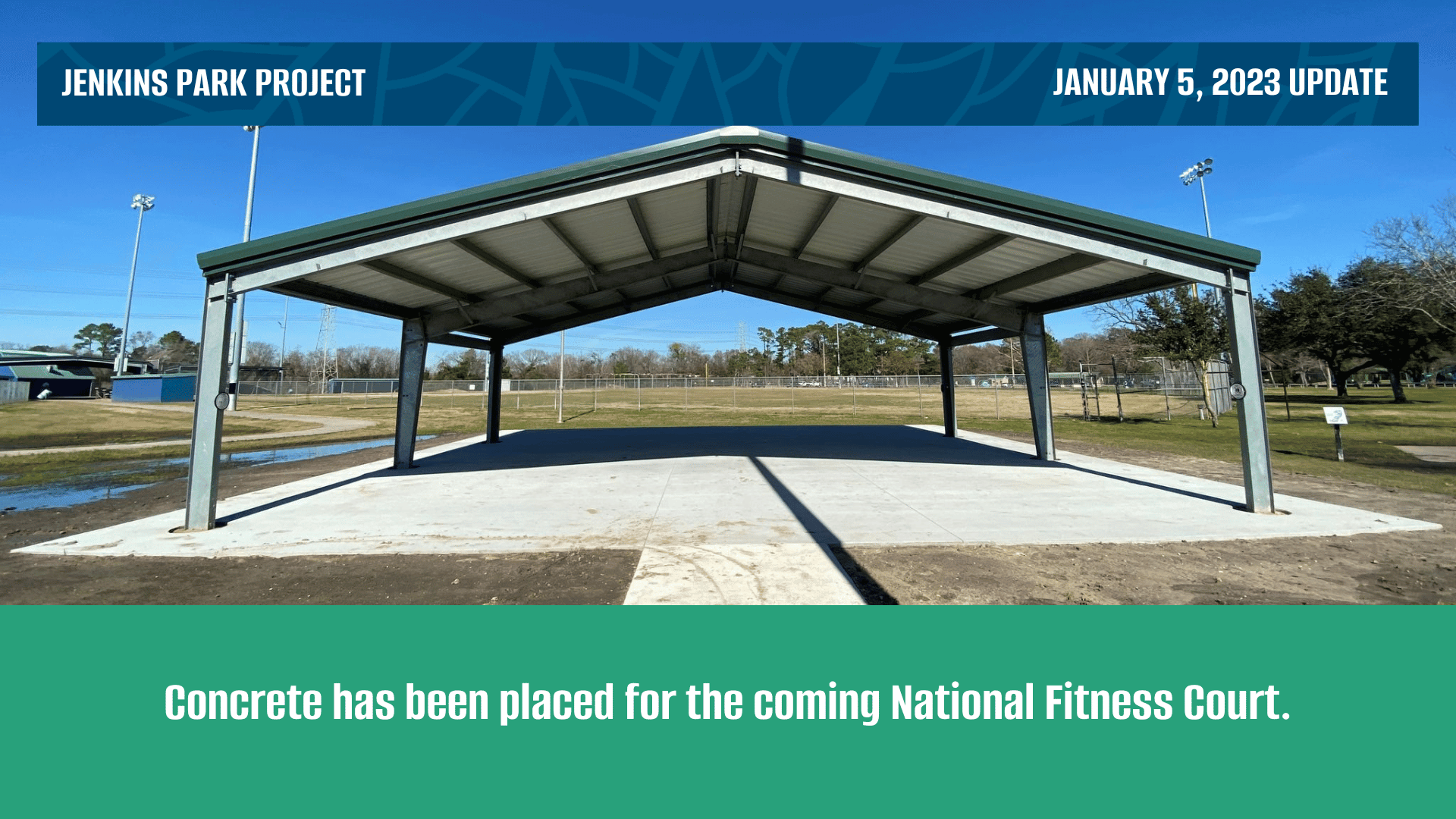 Concrete has been placed for the coming National Fitness Court. 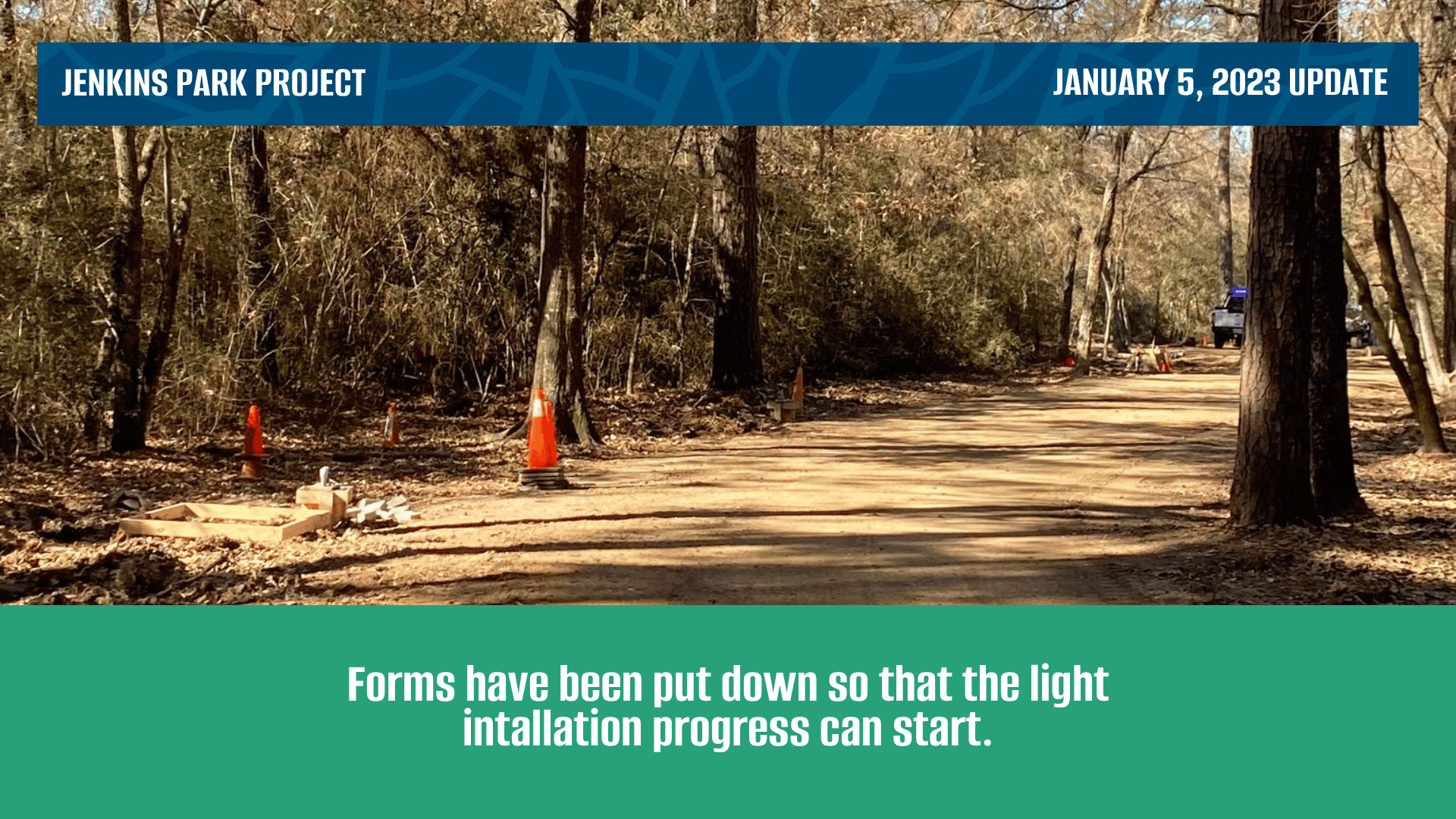 Forms have been put down so that the light installation progress can start. 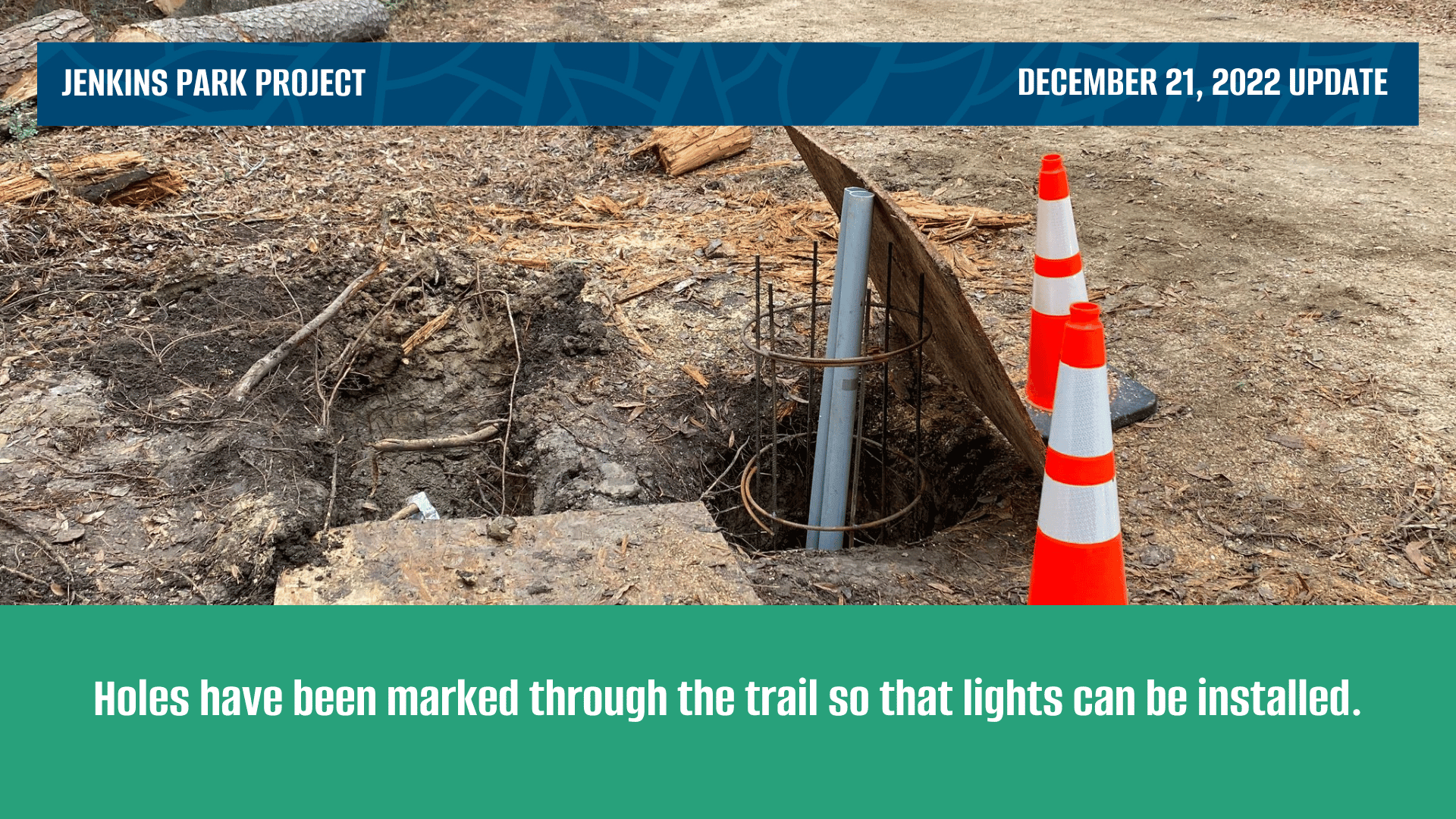 Holes have been marked through the trail so that lights can be installed. 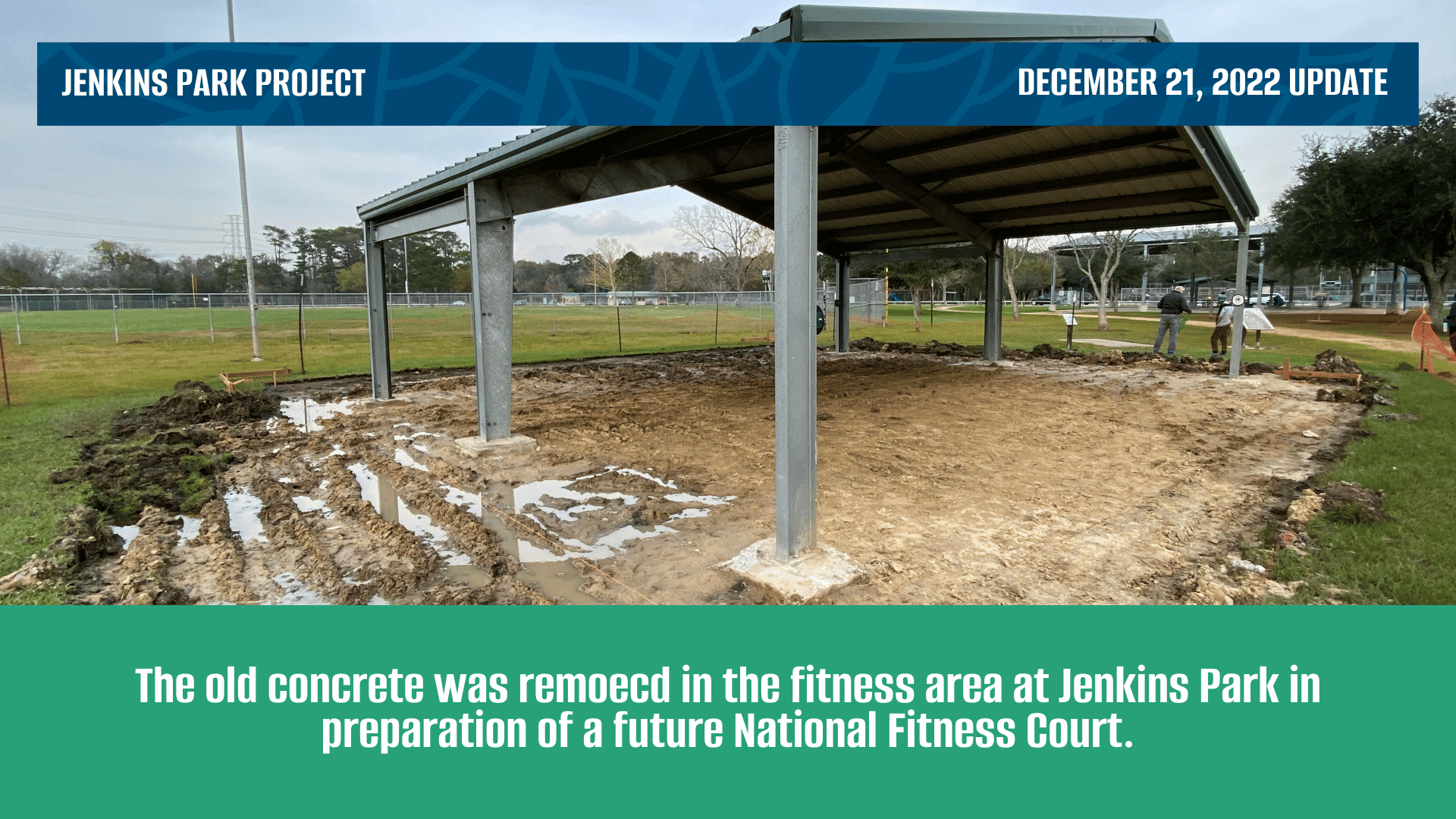 The old concrete was removed in the fitness area at Jenkins Park in preparation of a future National Fitness Court. 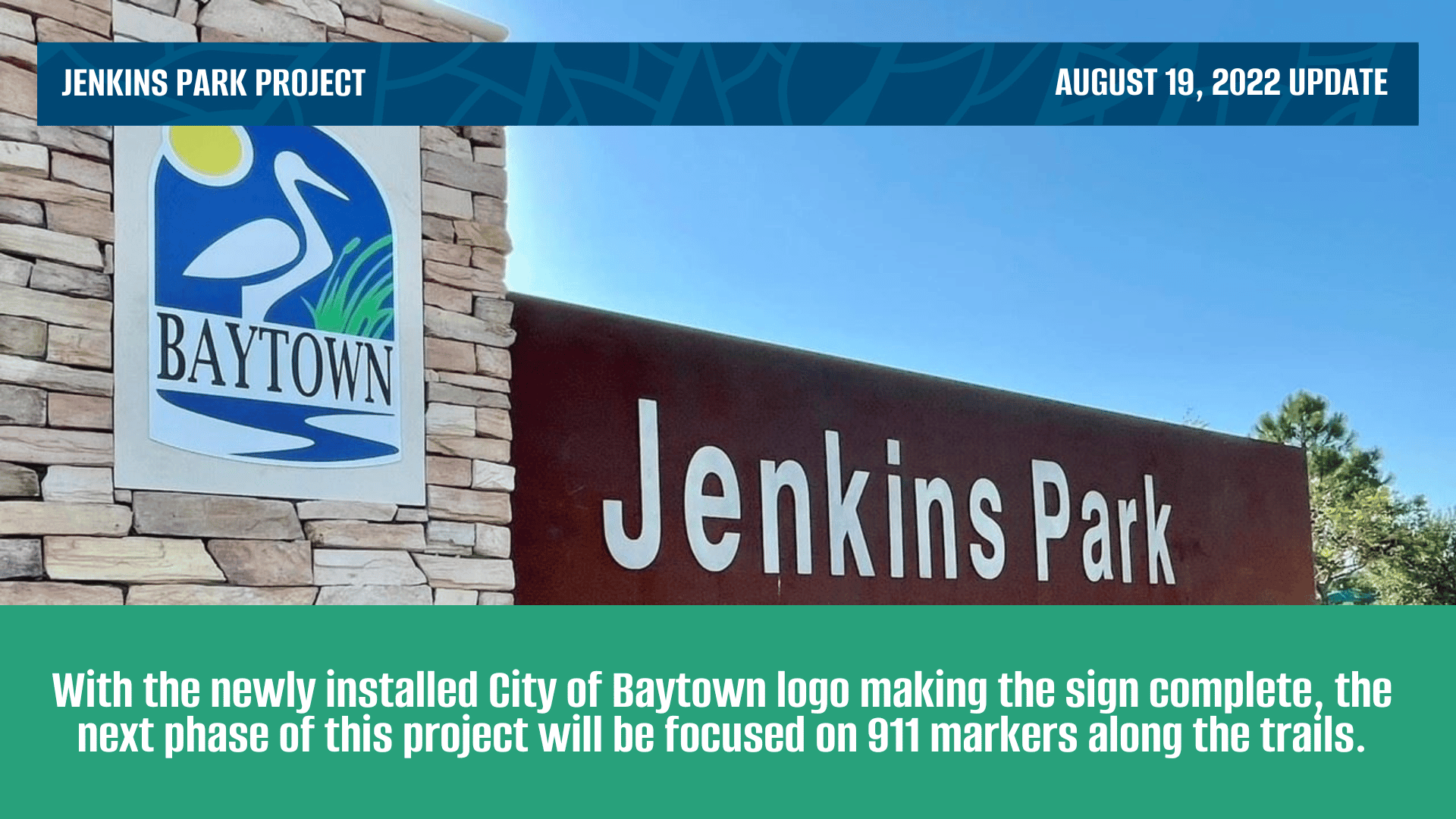 With the newly installed City of Baytown logo making the sign complete, the next phase of this project will be focused on 911 markers along the trails. 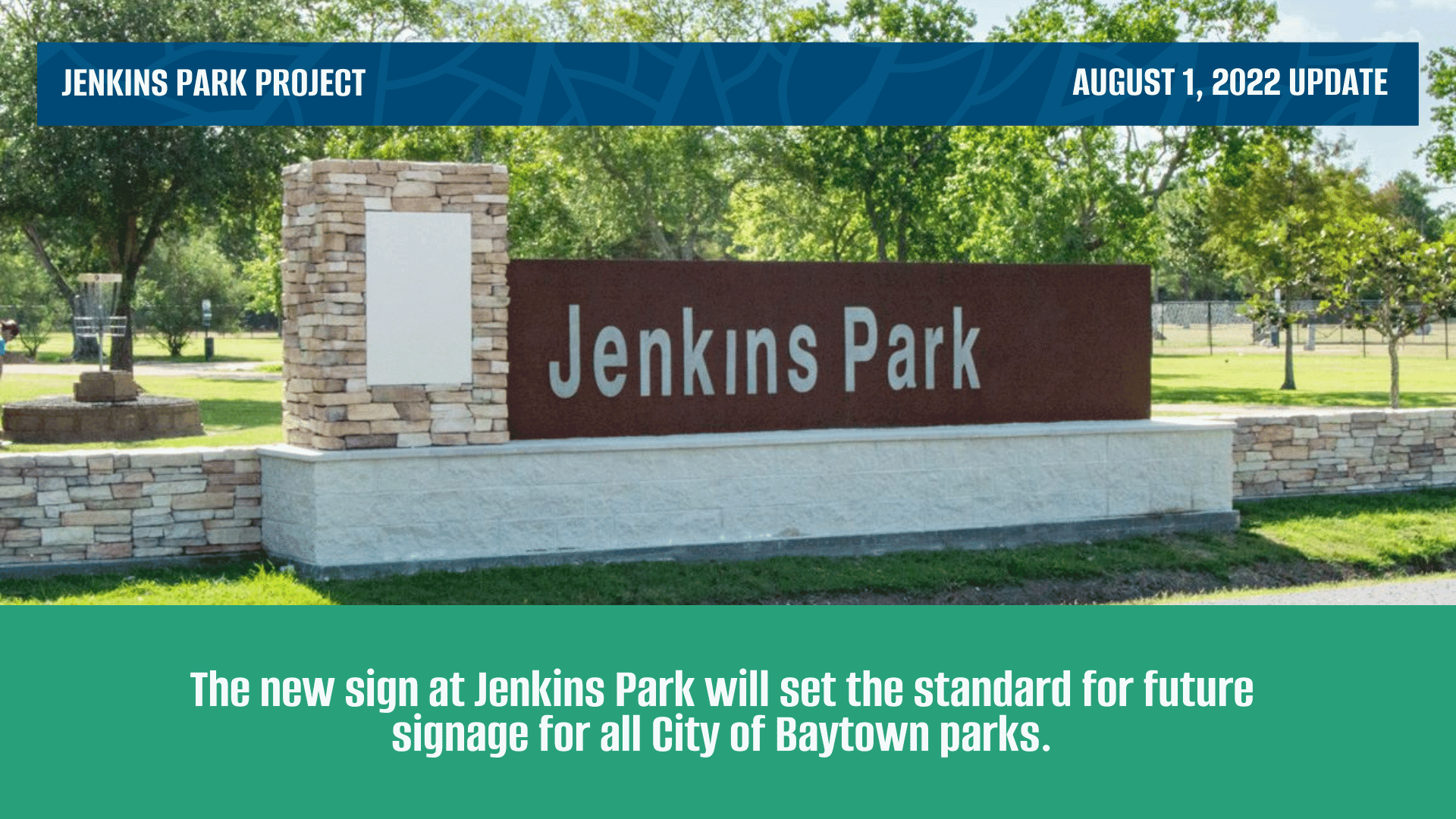 The new sign at Jenkins Park will set the standard for future signage for all City of Baytown parks.